He was considered a poet of simple things, with a style marked by irony, profundity and technical perfection. He worked as a journalist almost all his life and translated more than one-hundred and thirty works. These literary works include In Search of Lost Time by Marcel Proust, Mrs. Dalloway by Virginia Woolf, and Words and Blood by Giovanni Papini. 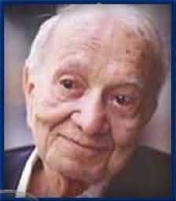 I was born in Alegrete, on the 30th of July of 1906. I believe that was the first thing that happened to me. And now they have asked me to speak of myself. Well! I always thought that every confession that wasn’t altered by art is indecent. My life is in my poems, my poems are myself, never have I written a comma that wasn’t a confession. Ah! but what they want are details, rawness, gossip…Here we go! I am 78 years old, but without age. Of ages, there are only two: either you are alive or dead. In the latter case, it is too old, because what was promised to us was Eternity.

I was born in the rigor of the Winter, temperature: 1 degree; and still I was premature, which would leave me kind of complex because I used to think I wasn’t ready. One day I discovered that someone as complete as Winston Churchill was born premature – the same thing happened to Sir Issac Newton! Excusez du peu…(To name a few…)

I prefer to cite the opinion of others about me. They say I am modest. On the contrary, I am so proud that I think I never reached the height of my writing. Because poetry is insatisfaction, an affliction of self-elevation. A satisfied poet doesn’t satisfy. They say I am timid. Nothing of the sort! I am very quiet, introspective. I don’t know why they subject the introverts to treatment. Only for not being as annoying at the rest? It’s exactly for detesting annoyingness, the lengthiness, that I love synthesis. Another element of poetry is the search for the form (not of the form), the dosage of words. Perhaps what contributes to my safety is the fact that I have been a practitioner of pharmacy for five years. Note that the same happened with Carlos Drummond de Andrade, Alberto de Oliveira, Erico Verissimo – they well know (or knew) what a loving fight with words means.

(an excerpt of a piece he wrote, which I translated)

“I don’t want someone that dies of love for me…I only need someone that lives for me, that wants to be together with me, hugging me. I don’t demand that this someone loves me like I love them, I just want that they love me, it doesn’t matter with what intensity. I don’t have the intention that all the people I like, like me…It’s not even about if they miss me as much as I miss them, what is important for me is to know that I, in some moment, was irreplacable…and that that moment is unforgetable…I only want my feeling to be worth something.”

In the Praça da Alfândega in Porto Alegre, capital of Rio Grande do Sul, one can find a sculpture with Carlos Drummond de Andrade (standing) and Mario Quintana. There is something similar of Andrade alone in Ipanema.

18 thoughts on “Mario Quintana – A Life in Poems”