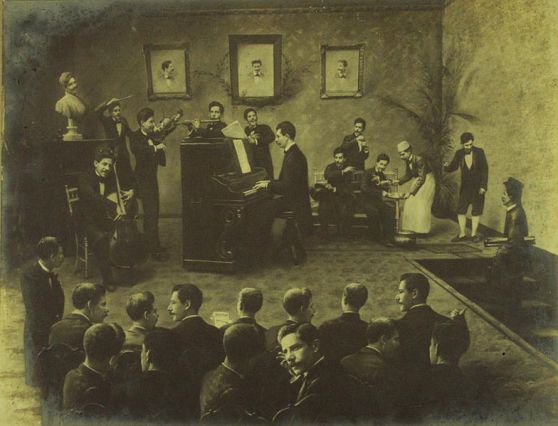 The photographer Valério Vieira (1862-1941), in the beginning of the 20th century, performed a study in photo montages of his own image with many negatives in which he played every role. The result was “Os Trinta Valérios”, his self-portrait from 1901 – which won the silver metal in 1904 at the International Fair of Saint Louis, in the USA.

It seems that Brazilians were ‘photoshopping’ long before anyone else!

One thought on “The Thirty Valérios – Brazilian ‘Photoshopping’ in 1901”