I’ve mentioned a few of these differences on the blog in previous years but it seemed a good time to reiterate them. 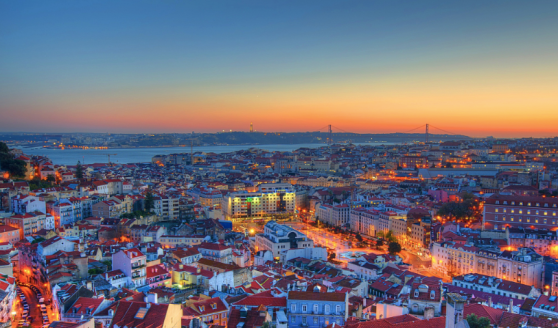 After leaving Brazil at the end of the year, I didn’t end up staying in California for long. In fact, a few months in, I left for Lisbon. Living abroad is something I’ll probably always continue to do because, once you do it, it’s hard to stop. I find that people generally have the wrong idea about it, but then again, maybe my circumstances are merely different. I don’t work in an office, I don’t care about being rich, and I don’t have a family (wife and kids). But enough about me, I’m here to shed some light on living in another Portuguese-speaking country.

It’s a nice feeling to touch down in a foreign place and know the language won’t be an issue. While being a nice thought, it actually is a bit of an issue, since the accent is quite different (it catches me off-guard on a regular basis), as is the syntax/grammar and preferred word choices. In fact, I feel like I left a country where I was fluent and landed in another where I’m not. People speak with a mouth that’s more closed than open and there’s a lot of “chiado” (basically, a hissing sound) when they talk. Cariocas are also known for their use of chiado but where a Carioca would say “maish” for “mais”, a Portuguese would say “mâsh”. A Brazilian might say “key” for “que” while a Portuguese would say “kuh” in most cases. Yet another example would be “pela”, where Portuguese people will “eat” the “e”, making it sound like “pla”.

Syntax and grammar-wise, where a Brazilian would say “está chovendo” for “it’s raining”, a Portuguese would say “está a chover”. Another major difference is the use of the enclisis (ie, “Eu quero-te bem” vs. the Brazilian use of the proclisis, “Eu te quero bem”). Many times when “lá” (there) is used, it’s put at or towards the beginning of the sentence, rather than at the end (the Brazilian way).

As for word choices, there are quite a lot of differences, though Portuguese people will understand pretty much everything you say if you speak like a Brazilian. Here’s a breakdown of several words starting with the word in English, then Brazilian Portuguese, then Continental Portuguese:

* The Portuguese “piada” carries the same meaning as the Brazilian “graça”. Like in the Continental Portuguese examples, “Não tem piada” / “Não acho piada.”

In Part Two, I’ll be writing about non-language related differences between Brazil and Portugal. Stay tuned!

2 thoughts on “Portuguese Life: Part One”