The State of São Paulo’s registry office of notes had, last year, 9,317 divorces, an increase of 109% in relation to 2009, when there were 4,459 separations. The study was done by CNB-SP (Notary College of Brazil – São Paulo Section), an entity that represents the sector for the State.

The entity attributed the expressive growth to the ease with which couples can publish their divorce. In July of last year, via the Constitutional Amendment 66, the waiting period was extinguished. Before, couples only could part ways officially after one year of formal separation or two years while living in different houses.

Also according to the statement, the notary divorces began in 2007 following the authorization obtained through Law 11,441. That year, there were 4,080 formalizations without the need for judiciary input “because they were resolved consensually in a notary office.” That number rose to 4,394 the following year.” – Folha

Either more people wanted to divorce before, yet found the process too cumbersome, meaning it’s just an easier way out now or more people are getting divorced ‘these days’. For this year, I’m predicting drive-through divorce or divorce by text. “Sorry I didn’t get the eggs and milk like you asked…didn’t you get my text earlier???” Jokes aside, I wonder if it’s also getting easier to get married, too, in Brazil (seeing as there’s no “Sin City”, like Las Vegas, there).

The more we facilitate the break-up of the family unit, the harder it will be to bond, and when there is no one to rely on, we become more succeptable to outside influences. Soon, we’ll all be ‘alone together’ (article, video).

“Built in 1920, Edificio Sampaio Moreira was the first skyscraper in São Paulo and stands in the Anhangabau Valley, in the heart of the city. The area has already been through a golden age and a spell of decline, and is currently going through a period of revitalization.” – Red Bull House of Art (see how it’s currently being used) 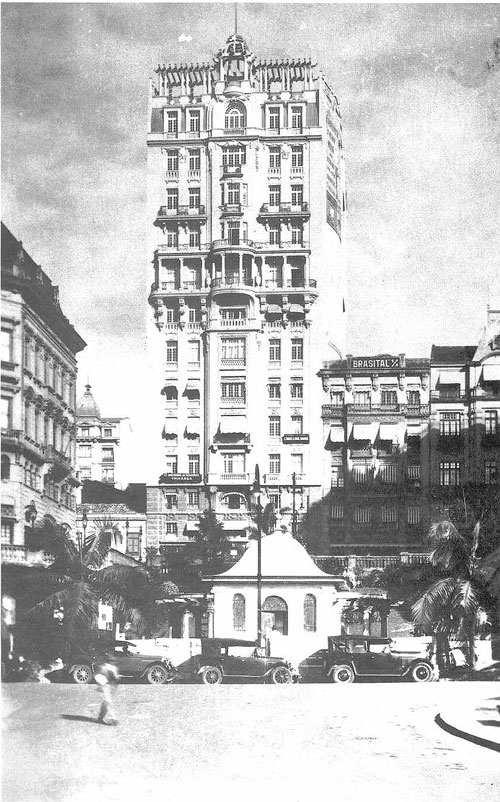 “Considered a colossus, at the time, it even scared people.” – Cristiano das Neves, the architect.

With 13 stories and 50 meters in height, the Sampaio Moreira building ranked as the tallest building in São Paulo between 1924, the year of its inauguration, and 1929, when it was beat out by the Edifício Martinelli (with 30 stories). It is considered the first large multistoried building in the city, as well as one of the first in the country to present such typology. Considered the “prototype” of São Paulo’s never-ending skyscrapers – built in a time when other buildings maxed out at 4 stories -, the Sampaio Moreira building is registered as a historic site by the city due to its historical and architectural importance. 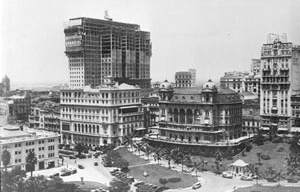 (Martinelli on the left and Sampaio Moreira on the right)

Prédio Sampaio Moreira (in PT, with old photos)
The Verticalization of São Paulo (in PT)

“Immigrant students at the Padre Anchieta state school, in Brás (central region of São Paulo), pay a “toll” to Brazilians to not get beat up off the school grounds. The information comes from a report by Raphael Marchiori published in this Tuesday’s edition of Folha.

To feel secure, the foreigners, principally Bolivians, pay with snacks or with what they have in their pockets, even if it’s just R$1. “Otherwise, they get beat up on the outside”, says Mário Roberto Queiroz, 49, history professor and mediator — a function created by the Secretary of Education to work together with the school community to address questions of vandalism, discrimination and violence.

The purchase of “security” was revealed to Folha by students and teachers. The school board itself confirms it. One student and an ex-student, both 16 years old, affirmed that the cases have occurred since at least 2008. “They demand R$1 or R$2. I handed it over three times. On the fourth time, I got beat up”, says one of them, that has been in Brazil for 14 years.” – Source (in PT)

“The first time graffiti artist Mister Dheo went out “bombing” was in the dead of night, splashing cheap supermarket paint on the walls of an abandoned factory.  ‘I didn’t even have a name yet. I just wanted to paint, and to feel that adrenaline. I was young, and it was totally different from how it is now.’

Times have changed indeed. A decade later, Dheo doesn’t have to creep around when he wants to leave his mark. This month, his work will feature alongside 65 other street artists at São Paulo’s innaugural Graffiti Fine Art Biennale, held at the city’s prestigious museum of sculpture, MuBE.” – Source (more here)